Who Invented the Dishwasher & How Has It Changed Our World 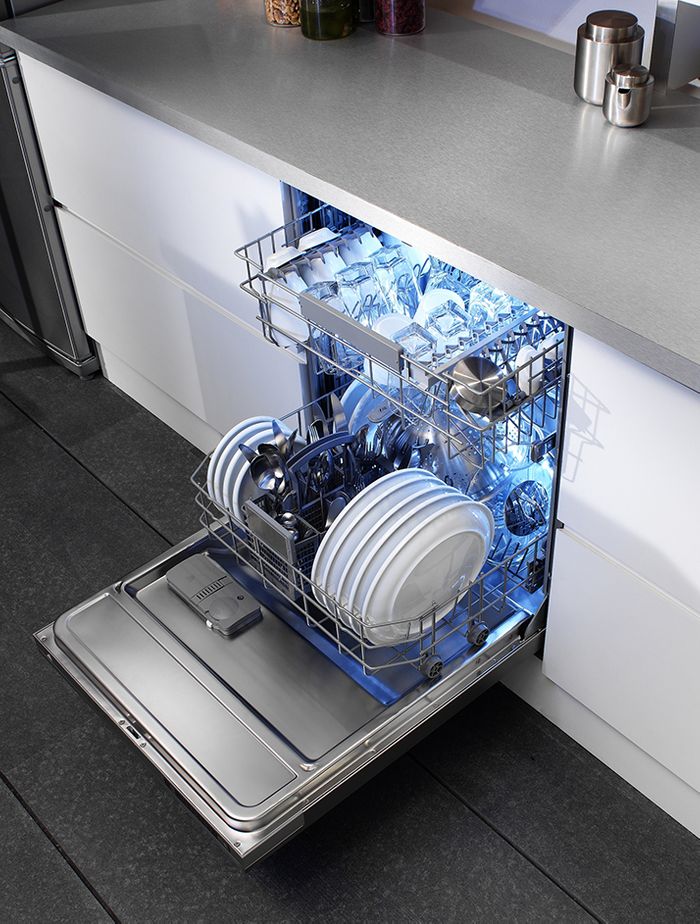 The earliest known dishwasher was developed 160 years ago. It created a revolution, which brought forth the new sleek digital dishwashers. Todays' dishwasher has impressive functionality, it's streamlined and has sleek lines. The history of this appliance is impressive, to say the least.

At first, the patent for this appliance dates back to 1850, invented by Joel Houghton. His design was made of wood, thus when activated, water passed through the wood plumbing and sprayed over the dishes. However, it was not until 1887, when Josephine Cochrane, advanced Houghton's invention and presented it in the World's Fair in Chicago in 1893.

When Cochrane built the first automated dishwasher, it had a copper boiler, which contained a wooden wheel. The motor could be powered or driven by hand via a pulley. Accordingly, dishes were fitted in framed wired compartments, spun, and sprayed with soapy water.

Modern-day dishwashers, are more efficient, and technologically advanced. They do not look like earlier inventions; in fact, they closely resemble a dishwasher invented in 1924. It had a rotating sprayer and rack system, just like modern dishwasher machines. However, the 1924 invention lacked of proper design features like indoor plumbing and meant that only wealthy people could afford it.

How has the Invention Changed the World?

Dishwashers remained a luxury item until 1950s. American families began using the dishwasher as a necessary item in the 1970s. A majority of Americans (75%) now own a dishwasher. Moreover, the modern dishwasher is easier to use. They come with pre-soak cycles, removable trays, racks and better rotating sprayers. The new dishwashers are remarkable inventions. According to the Environmental Protection Agency's US Department of Energy, newer dishwashers save water and energy, which saves our natural resources. Finally, they have truly changed the way we design kitchens and the design of modern homes.

The Perfect Science of Baking Cookies: Make Kid Scientists in Your Kitchen!
4 Dishwasher Myths Debunked
The One Thing You Need for National Sangria Day - a KitchenAid Wine Cellar
How to Store Fall Fruits and Veggies in a KitchenAid Fridge
How to Make the Most of Your Refrigerator's Crisper Drawer